YAKIMA Wa. — As Americans, we use millions of straws every single day and many of them are thrown away and end up in the ocean

This is why Yakima County is working to eliminate plastic straws from being used in the valley.

You may remember the video of the sea turtle with a straw stuck up its nose, well Marci Venable with the Yakima County Solid Waste Division says that video started a movement in America to prevent the use of plastic straws.

“A straw is a small item but it is not a recyclable item so you have to think about single-use plastic items that really have nowhere else to go,” said Venable.

She says straws end up in streams which lead to rivers, oceans and finally affect marine life.

This is why the YCSWD is working to get rid of straws through the Last Straw Campaign where they get local restaurants to stop automatically handing out straws and only provide them if you ask for it.

“To basically say we are not going to assume that you want a straw, we’re going to wait for you to ask for one if you want one. Really most people will probably not need a straw,” said Venable.

Venable says eliminating straws from restaurants is one way to reduce plastic pollution but she is also working with a local company that makes glass drinking straws which helps replace plastic ones.

Kattie Blu and her husband Jeremy Custer from Selah started Drinking Straws.Glass in 2011 to help stop the use of plastic straws.

“We want to help people reduce their single-use plastic waste and plastic straws are in the top ten marine debris found, so we just want to give people a reusable option,” said Blu.

Americans use 500 million plastic straws every single day and that’s because after one use they’re thrown away.

Blu says the glass straws, on the other hand, are reusable and better for the environment.

Blu says they are already working with 12 restaurants, some locally, that provide glass straws and people can also purchase them.

Venable says the Last Straw Campaign is in its beginning stages but she is hoping restaurants are open to adopting the campaign as well. 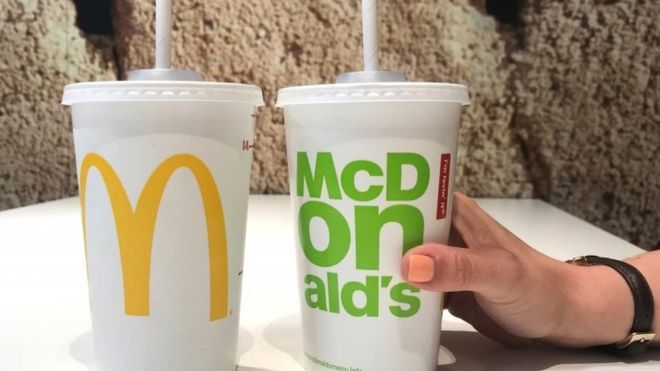